On September 12, 2019 Mr. Mikhail Kuznetsov, the Gazprom Neft PJSC Directorate Head, presented at the Oil & Gas Processing 2019 conference held in InterContinental hotel his company initiative for establishing a petroleum Institute that would be our counterpart of the famous American Petroleum Institute (API), the standards of which are recognized in many countries of the world. The speech sparked the great interest both of VIOC and oil refinery representatives, as well as the representatives of Russian engineering, machine building and
IT-companies.
It was not coincidence that the new organization was presented at the oil & gas processing conference in InterContinental. The oil and gas processing modernization involves the most active use of Western technologies and equipment. The foreign licensors and EPC-contractors have got accustomed to using their domestic products in this area. The Russian machine building is often disregarded. This is to a large extent connected with API and ASME standards. E.g., the shutoff and control valves shall conform to API Spec 6D 2008, tanks and vessels – to ASME BPVC API 661, and pumping equipment – to API-610. The requirements for materials and component parts are specified in accordance with ASTM.
Despite the comparable characteristics the Russian manufacturers still encounter problems associated with compliance confirmation. The API monograph obtaining for oil processing projects is hindered for Russian products due to the existing sanction policy. Not only the sanctions lead to supply problems, they also create “institutional gap” for all the market participants.
In response to the challenges, International Oil and Gas Institute (IOGI) is to be established in Russia. Its functions will include consolidating the information on available competencies, accumulating the necessary information analytics for the industry in a common digital space, providing an interaction platform for the purposes of new Russian technologies and products development, the unified industry regulations development, Russian equipment and technologies promotion in the market, and the industry issues coordinated solution.
As the IOGI organizers expect, the VIOCs, equipment manufacturers, EPC-contractors and licensors will jointly form decision-making models based on the balance of interests and consensus. This will result in unified industry regulations. Gazprom, Gazprom Neft and SIBUR Holding have already signed the Memorandum of Intent of cooperation for standardization development and compliance 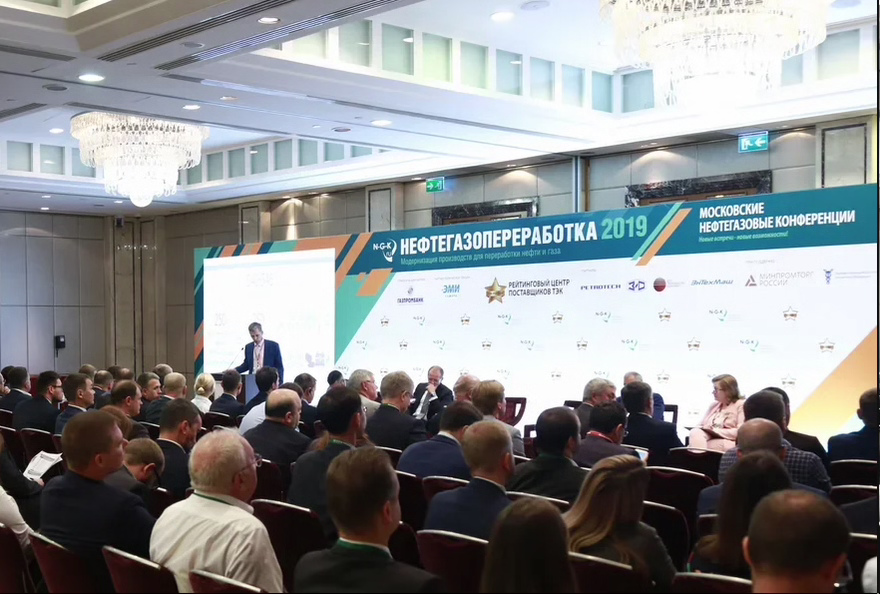 assessment in the oil & gas industry.
The IOGI revenue structure is to be formed by membership fees of VIOCs; by 2025 45% of the revenues will be brought by brand premiums for certification, subscription fees for IT-platform services, standard sales, industry statistics, etc. The IOGI management team is to be composed of the representatives of major market players: Rosneft, LUKOIL, Gazprom Neft, Surgutneftegaz, RussNeft, Tatneft, Noyabrsk Neftegaz, etc. In the beginning the fees by VIOCs will account for the main part of IOGI money receipts, however, in due course, the revenues will be mostly provided by standard sales, as is the case of API. API is known to receive a serious income from selling its standards.
According to the initial organization structure, its executive director will be an external independent specialist. The standardization and certification support center will consist of Upstream Committee and Downstream Committee. It will be possible to send applications for certification and for joining the Standardization Board through the IOGI website. Moreover, databases of certified manufactures, licensed independent auditors and accredited independent laboratories will be available on the IT-platform.
The experts suppose that the organization will drive up the development of Russian standards that are vital for the industry. This is due to the fact that at IOGI the standard development will be controlled not by officials but by oil producers themselves, as in API. In Russia, the standards development is sometimes reduced to mere application of funds and the signed documents are often “put upon a shelf”. It cannot be excluded that the IOGI will have uneasy relationships with Rosstandart structures considering themselves as trend-setters in the preparation of standards for the Russian oil and gas industry. We may recall that since early 90’s there were several attempts at establishing API-like national petroleum institutions in Russia, however, as one of the experts said, these were “in name only, not in the essence”. Considering the fact that now the initiators are VIOCs themselves and that the complicated international situation aids in import substitution in the petroleum industry, the undertaking has good prospects.

Information
American Petroleum Institute, API is the only US national non-governmental organization dealing with research of all the industry aspects as well as with the regulation of issues in the oil and gas industry. One of the American Petroleum Institute areas of activity is the standards development. The Institute maintains over 500 standards and recommended practices covering all the segments of oil and gas industry to facilitate the use of safe, interchangeable equipment and proven engineering practices.